Pantera released five major label albums.  Slipknot has released its fifth album and Avenged Sevenfold has recently released their sixth major label album– but for the most part let’s pretend that never happened.  Incidentally I’m not counting the former’s Mate.Feed.Kill.Repeat or the latter’s Sounding the Seventh Trumpet; indeed, any more than metalheads generally count Pantera’s Power Metal as part of the canon.

For reference, Metallica’s fifth album was the Black Album of 1991.  As much as I love A7X and Slipknot– and for that matter, as much as I love Load— I think it is fairly safe to say both A7X and Slipknot are past their prime.  Both bands have, however, survived tragedy and line-up changes and have shown that they are probably here to stick around (knock on wood).  I expect great things to come from both bands. 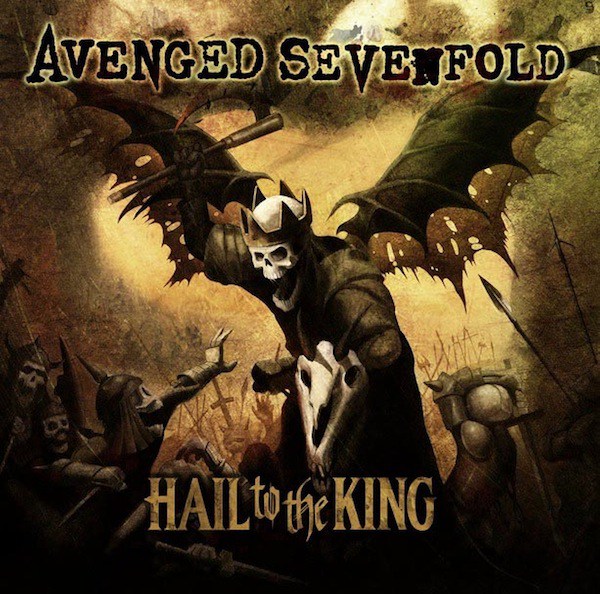 As for the other big metal bands of the past, I think things are rough.  But I haven’t fully explored the revival of the bay area Big Four / Five, so I have that to look forward to.

You can search through early Mastodon’s vestigial sludge organs in vain to find a faint resemblance of something ejected by the great Neurosis.  No, I think what people found in the band’s heavy early era and proggy mid era was merely a premonition of the surreal and subconscious depths that would be explored by other bands in the coming psychedelic and occult rock of the 10s.  Generally I tend to call B$ on the history of off-the-charts Mastodon hype.  But they have drastically improved, in my opinion, by going into more straight-forward hard rock territory.  Obviously that is not the majority position.  Maybe I just don’t like “prog”.  Maybe I am just mad that Matt Pike didn’t get recognized by the masses at Rolling Stone until, what, 2015?– while the mainstream was beating Mastodon’s drum for a long time.  And while Brann Dailor may be a heavy metal Ginger Baker, guess what?  Not everyone likes Ginger Baker’s overdrumming on everything.  It depends on my mood.  But I never have qualms about High on Fire’s thunderous beatdowns. 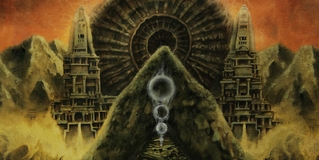 I don’t care much for the material Meshuggah released after The True Human Design EP. My God this sounds like the grumblings of an old crotchety man.  Then there is Lamb of God.  To be honest, the metalheads I hang out with are divided on the subject.  When Ashes of the Wake was released we thought it might be the new Pantera.  Nope.  Some still love the band.  Some suggest that LOG are well past prime, and having released seven albums under their current moniker, the band is starting to look like they are going for quantity over quality at this point.

I’ll take a “new” band, like Huntress or Uncle Acid & The Deadbeats, over LOG any day.  Why?  Easy.  Huntress builds on the Metallica blueprint better than Lamb of God ever built on the Pantera blueprint.  Ditto for Uncle Acid & The Deadbeats, who make brilliant new songs ranging from psychedelic to folk to doom all on a 70s rock foundation.  They are arguably better than any “doom” band from the original era besides Black Sabbath.  They’re close to the missing link between The Beatles and Black Sabbath, or perhaps more precisely, the missing link between The Beatles and Electric Wizard.  Hahahaha.  Screw it, there is really no easy way to describe Uncle Acid.

I’m not into economics as a science.  I loathe unfettered capitalism, so I reluctantly use this metaphor, but:  the value of a band like Huntress is related to supply & demand.  We all adore gritty death metal and thrash with monstrous, sneering vocals. And lo, we are blessed, for there is much of the same to feast upon (albeit mostly from older decades).  It has no emotion, or its only emotion is anger, but it looks awesome in the stoner’s third eye.  In contrast, are there barrels full of good classic-style metal / thrash with powerful, emotive, diamond-sharp Valkyrie vocals?  No.  Truckloads of music with energy and euphoria that is not of either the electronic or hipster-drivel category?  Impossible.  Finding a new band of that nature is close to impossible.

I’ve previously cited not one but TWO dichotomies from the mostly blighted 00s:

1) In the rock realm, the garage rock “revolution” (e.g. White Stripes and The Strokes and their superior brethren in At The Drive In, Arctic Monkeys, Franz Ferdinand, The Black Keys, and Modest Mouse) versus hard rock / metal (Avenged Sevenfold) on the one hand, and–

2) In the metal realm, brutal metal (Slipknot, Lamb of God, Warbringer at al, Suicide Silence, Whitechapel, All Shall Perish et al) versus hard rock / metal (Avenged Sevenfold) on the other hand.

The ’10s don’t seem so much like a synthesis of the past decade’s various musical experiments so much as a further deterioration in the quantity of memorable guitar-based bands. I think brutal metal is treading water right now.  I am sure it will bounce back, but in my opinion this is not a great time to be a death metal, deathcore, “groove metal”, or black metal fan.  But then again, maybe I am just out of touch.  The lack of journalistic integrity at the major metal blogs– the absurdist year-end lists, etc– makes it really hard separating the wheat from the chaff.  Those blogs like MetalSucks are close to useless in terms of promoting what I would regard as good music, and I guess I haven’t felt motivated to do the work myself.  Lazy.

I know the underground metal folk are going to groan.  They can send me a death threat or a band recommendation and I will listen to it.  Give me the next Gorgoroth or Mayhem or Morbid Angel or Cannibal Corpse or Suicide Silence or Whitechapel– that also doesn’t sound anything like those bands.  Preferably nothing that exceeds Cryptopsy-levels of technicality, and nothing that has an anonymous vocalist.  Picky.  Spoiled.  Yeah.

We are left with some bands that straddle the hard rock / metal divide.  So we ask yet again, is Black Sabbath metal?  Yeah it’s a rhetorical question but the answer is not an automatic “yes”.  In the historical sense the answer is yes; obviously many people credit Sabbath with the invention of metal.  In the functional definition of metal, the answer depends on the context.  It depends on you.  What are you using the music for?  Are you drinking, or are you smoking?  In the former context Black Sabbath is as rock & roll as AC/DC or Guns-n-Roses.  In the latter context– or if you are just going to sleep, or waking up, or meditating, or doing anything else that heightens or alters your perception– you probably came in looking for shapely metal constructs.  Complex sonic sculptures. For the desensitized modern metaller, older Black Sabbath albums are less capable of scratching that itch.

Sometimes a name is a badge of honor.  As a great band that can play effortlessly in a number of genres (blues, rock, speed metal, prog– even indelible instrumental melodies like “Fluff”), not only is Black Sabbath capable of playing metal songs, but at an earlier time in history Black Sabbath arguably invented metal.  Like many other bands that pushed the boundaries of an older era, Black Sabbath will forever carry the title “metal” as a badge of honor.

But functionally, I am more prone to listen to Black Sabbath– and Ghost, Blood Ceremony, and Ruby the Hatchet– when I am drinking and getting sentimental (=ROCK), whereas I will listen to Huntress when I am flying down the open road, or grilling beast and slamming beer at a summer revel (=METAL).  Uncle Acid and Electric Wizard I find best serve as catharsis when I am depressed.  I never got the “stoner doom” tag– when I am stoned I like fast music like death metal and thrash.  “Narco-doom” makes sense to me though (or “Norco-doom,” lulz).  The mass media has made much of the fact that religion is no longer the opium of the people.  Uncle Acid and Electric Wizard are best after a nip of dope and a beer or two (the laudanum affect)– but I quit the milk of the poppy not too long ago, so that experience is no longer available to me.  (By the way, I strongly discourage anyone from drinking if they are consuming the milk of the poppy– it’s dangerous.  In the past I would only imbibe very small amounts for the laudanum effect.  And speaking frankly, it seems like a shameful waste of a good pill to mix in alcohol– but that’s just me.)  Finally, besides for having really good songs, the allure of bands like The Devil’s Blood (RIP Selim “SL” Lemouchi) and Jess & The Ancient Ones is hard to describe.  Occult dance-rock for full moon rituals– I’m not even going to get into the formulas fatal to the flesh that are optimal for those rites.

Is every single one of these bands “metal” by the hyper-desensitized modern standard?  Not all of them, no.  But it doesn’t matter.  They all bear the alchemical potentiality of the metal spirit,  and each transcends genre classification to deliver unforgettable songs and emotions.  Anyone who has looked at my blog knows my favorite of the current crop, and I have tried to argue for why that band is criminally underrated.  But really, for the discerning “metal and hard rock” fan, the ’10s have actually been inordinately generous in terms of bestowing not one but several genuinely great bands.  If you just can’t do indie rock (and I know I can’t for the most part)– depending on your unique proclivities, I think any or all of the following bands could be the “only band that matters” for you this decade.  Finally, these are bands that are on album number three (or four in the case of Blood Ceremony).  These trailblazers have glory ahead of them. 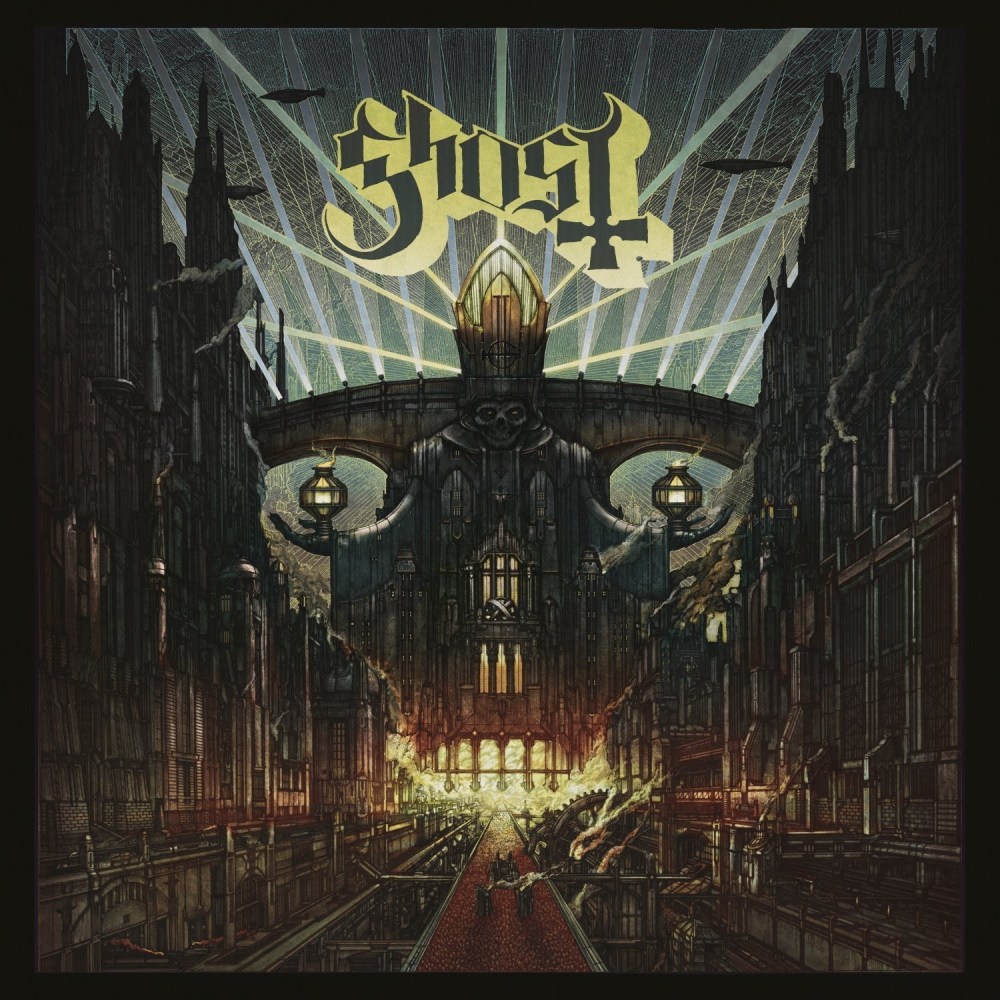